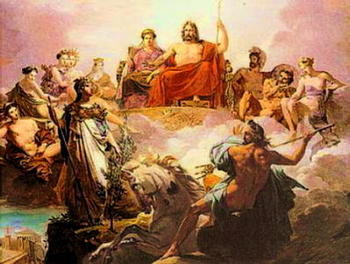 The Olympian Deities were the 12 main gods, or the Olympians who each have the highest powers and authority of all the gods (Does not include Titans or other Family). They are basically the supreme court of Olympus and they can do nearly everything.

The Big Three gods in the Twelve Olympians include Zeus, god of the Skies and to a lesser extent, Lightning, Poseidon, god of the Sea and Earthquakes, and Hades, god of the Underworld and the dead.